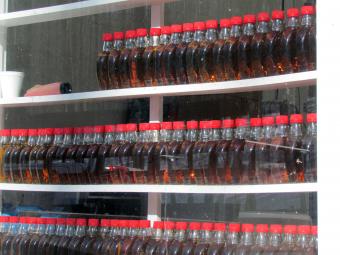 Maple syrup is nature's healthy sweetener, containing vitamins, minerals and amino acids. No longer just for breakfast, its cooking versatility has become legendary. Use it on grapefruit and hot cereal or in winter squash, sweet potatoes and baked bean; it's especially tasty as a glaze on meat and salmon.

Pure maple syrup is made from the sap of the sugar maple tree. It varies throughout the season, but our syrup requires from 40 to 80 gallons of sap which is boiled down to make one gallon of syrup. Far Hills began syrup production in 1976 when we produced 123 gallons. Since an expansion in 2011, with now more than 28,000 taps, we anticipate 12,000 gallons annually, making us the largest maple syrup producer in Michigan. 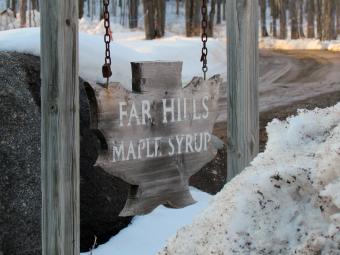 Jim Waldron founded Far Hills Maple Syrup when his children were teenagers because he wanted to teach them how to work and continue a family tradition. When he was a teenager he had made syrup with his Uncle Laurence and many other family members in the sugar camp between McMichael Road and Resort Road on the property now owned by the Burt Lake Cottagers Association.

Enjoy Far Hills Maple Syrup on ice cream, in milk shakes or in coffee. French toast, pancakes, waffles and cornbread are never better than when topped with maple syrup. When planning your next barbeque, mix equal parts of maple syrup with your favorite barbeque sauce to enhance the flavor of venison, chicken or ribs. There are so many ways to enjoy maple syrup that you’ll want to make sure you always have some in your cupboard!

Your shopping cart is empty.